We are glad to announce the winner for Tokina Monthly Photo Contest 2021 June edition that we are running inside Facebook Tokina Lens Photo Community!

Thanks to all members of the community and please join us in cheering Will Campbell from United States with his shot "Comet NEOWISE and Starlink over Lake Hennessey" Congratulations! 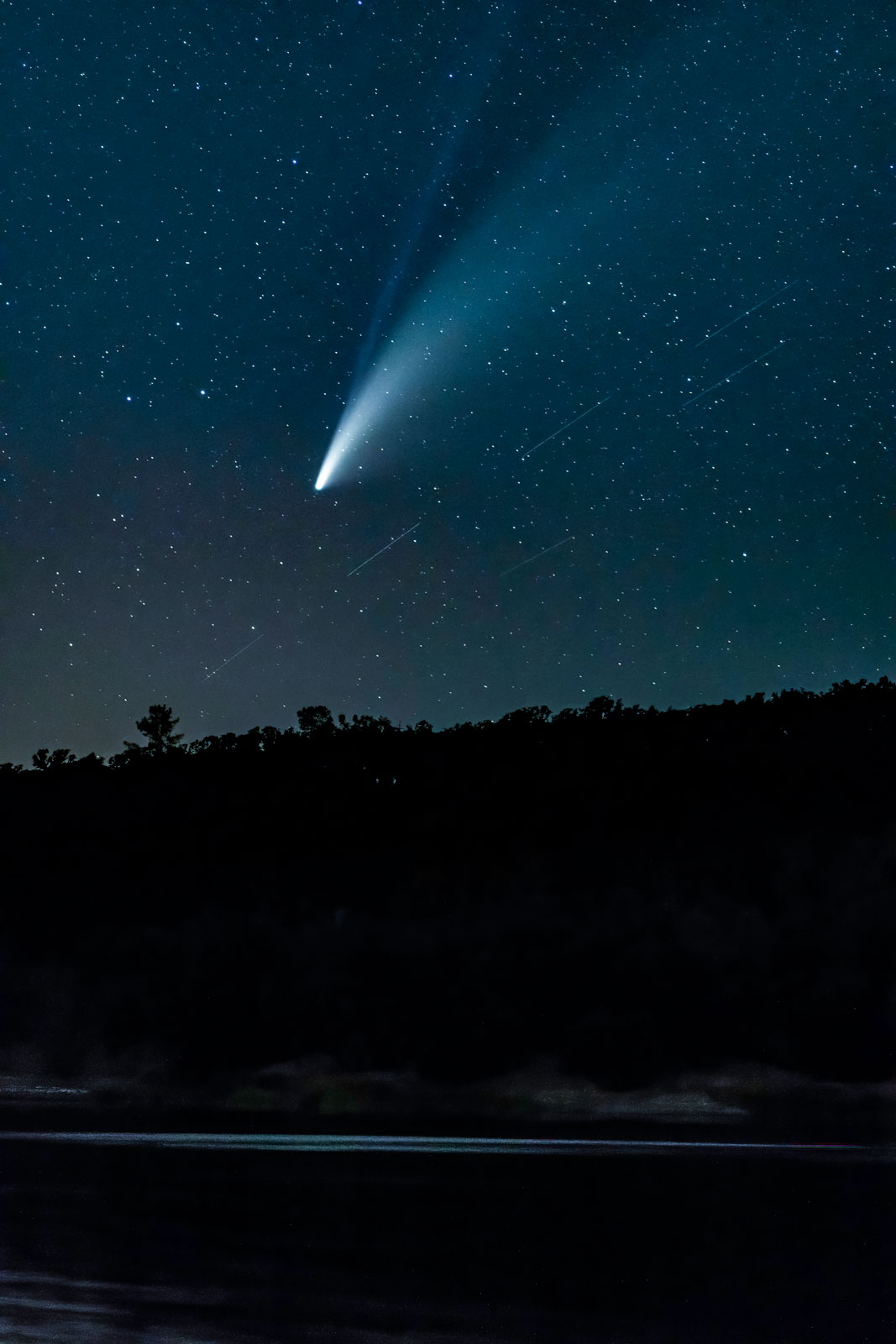 I had passed by this location both going to and from another shooting spot that was a little bit darker, and hadn't paid much attention to shooting from here. After returning home the previous night and looking at what I had shot on the computer, I decided I wanted another go at the comet, but didn't really feel like driving an hour and a half each way. The days of best viewing of the comet were very numbered, and if I wanted another shot at it, this location was going to have to do. I really figured there was going to be too much ambient light. It was not as dark as I'd like (I couldn't see the milky way core) but, perhaps dark enough.

I waited for the sun to go down and the comet to become visible. There were few people at the location, so I really didn't have to worry about someone flashing me with a flashlight while I was shooting a pic. After a bit the comet came into view, and I started shooting. I decided to give the Tokina AT-X M100 PRO D Macro a try as I had just purchased it. Knowing it was a macro lens, I wasn't really sure what to expect. I started shooting, changing my shutter speed, ISO and aperture as I went. Normally I don't shoot high ISO as there is just too much digital noise for my liking, but the Nikon D850 handles noise reasonably well, so I decided to really push it up so I could use the shortest exposure time to limit the star trails. I found my settings at ISO10000 and really didn't expect the pic to be very usable. I shot a few more at higher ISO and longer shutter speeds, but they just weren't acceptable due to either star trails or too much digital noise. I could see it on the camera and as it turned out, they weren't all that great when I got home and viewed them on the computer. This shot however, had potential.

I started by processing the shot in Lightroom. As I made my different adjustments to enhance the comet's tail and colors, I discovered the string of Star Link satellites running parallel with the comet. I could also see there was significant noise in the image, but after making all the various adjustments, I attempted to deal with the digital noise. Lightroom took care of some, but not enough. I decided to try Topaz "DeNoise" to see if it was as good as claimed. It hadn't worked well in the past, but this time it did.

The resulting image is a single shot image, no stacking, no photoshop trickery, just what I could achieve through Lightroom, DXO NIK Color Efex, and Topaz DeNoise.

I was really blown away by what I was able to capture with the Tokina AT-X M100 PRO D Macro. Astrophotography was not what I had in mind when I bought the lens, but clearly it was up to the task. It has since become one of my favorite lenses. The contrast is great, the sharpness is fantastic, and the color rendition is excellent."

If you are a Tokina lens user, regardless of being a beginner, amateur or professional, join Tokina Lens Photo Community - Official - the global platform created on Facebook by Tokina for photographers all around the world who shoot with Tokina lenses. Share you photos, upgrade your skills, exchange your experience, get inspired, learn about Tokina lens performance and explore your potential.

As a part of Kenko Tokina Co., Ltd., Tokina has an optical manufacturing tradition that dates back to 1950s. Tokina specializes in high-quality lenses for today's digital single lens reflex (DSLR) and mirrorless cameras.